Arrium closure will not devastate our industry
May 24, 2016 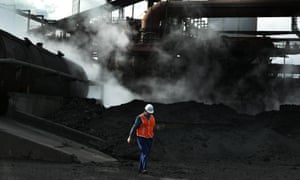 The closure of steel maker Arrium would present challenges for the South Australian building and construction sector but would not spark a collapse, Master Builders SA says.

Arrium administrator Mark Mentha has been reported as saying that the Australian construction industry “would cease within six weeks” if the sale of Arrium failed.

“Building and construction won’t collapse or be devastated by the closure of Arrium but it will be hit,” he said.

“The most dangerous outcome of the closure of Arrium would be the forecast loss of almost 4000 jobs and the impact on Whyalla – that would have a massive impact on confidence in what is now the country’s slowest economy.

“But building and construction has been around a long time and is an essential part of South Australia. Businesses will look for alternatives to make sure they deliver, and they will succeed.

“They will look overseas for appropriate steel, they will look to use alternative products – this is an industry already embracing significant change, so this would be another issue to be solved.

“But the closure of Arrium would hit South Australia and its economy hard, and that would hurt the third-largest industry, building and construction. We would rather avoid that shock and look forward to a positive outcome for all.’

Master Builders SA is waiting on a State Government response to a suite of reforms to build a stronger sector so it can better weather such external shocks. The reforms were delivered to Treasurer in December 2015.

Our full release can be found here.