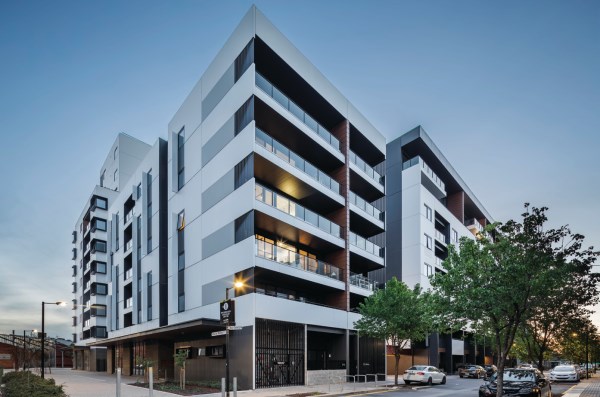 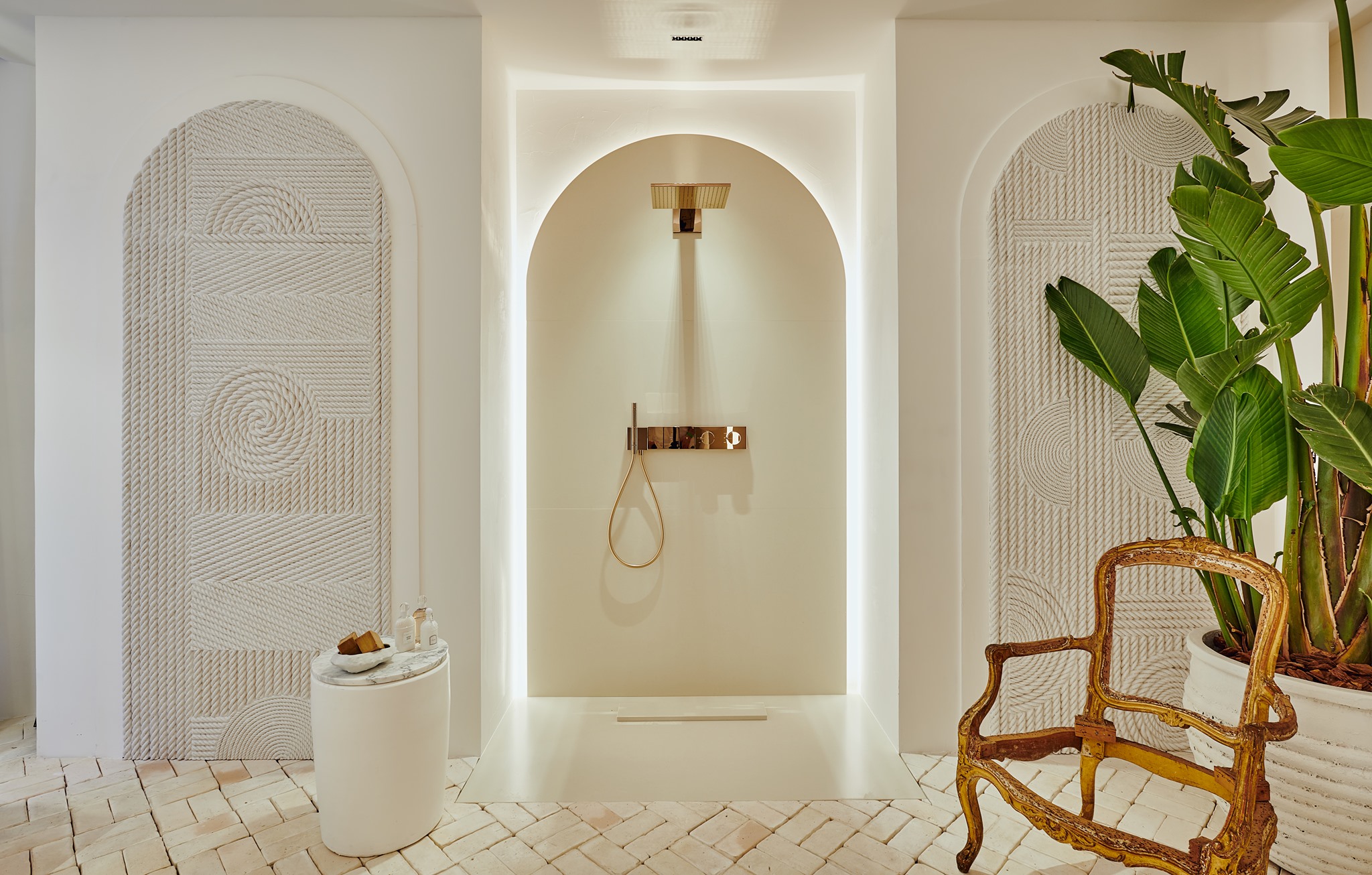 With 354 Bowden on track for completion at the end of 2021, Buildtec Group’s Construction Director, Michael Carrocci explains how the project is part of a vision to build the perfect inner-city suburb.

Perfection is a daunting goal, but one SouthAustralian property developer Buildtec Group welcomed when it embarked on its $75m 354 Bowden residential development in Adelaide’s inner north.

When Renewal SA asked Adelaide’s reputable builders and property developers to create a bespoke inner-city suburb at Bowden ‘with everything the way it should be in the perfect world’, it was an invitation Buildtec Group could not refuse.

“Bowden is the first urban renewal development of its type so close to Adelaide’s CBD and Renewal SA had a clear vision for it,” Michael said.

“It had to be close to town and public transport, have parks and recreational areas, offer retail as well as food and beverage outlets and provide a safe and secure environment for high-density living. When we understood what Renewal SA wanted to achieve, we obviously wanted to be part of it.”

The opportunity to create 354 Bowden arose when Renewal SA released a large rectangular piece of land during the Bowden Project’s fifth stage.

“This allotment was the first super site in Bowden where multiple apartment buildings could be built on one piece of land. We put our hand up, as did other builder developers working at Bowden at the time, and we were successful in securing the land.”

354 Bowden consists of five multi-storey apartment buildings: On The Lane, On Fifth, On Gibson, On The Park East and On The Park.

The buildings surround a central courtyard and range in height from six to 11 storeys adjacent to Bowden Park and food, retail and event space Plant Four.

Construction started in 2018 with On The Lane completed first followed by On The Park East, On Fifth and On Gibson. On The Park is in its final stages and will be completed at the end of 2021. 354 Bowden is the largest project Buildtec Group has undertaken financially and physically – an achievement Michael sees as ‘a feather in the cap’. 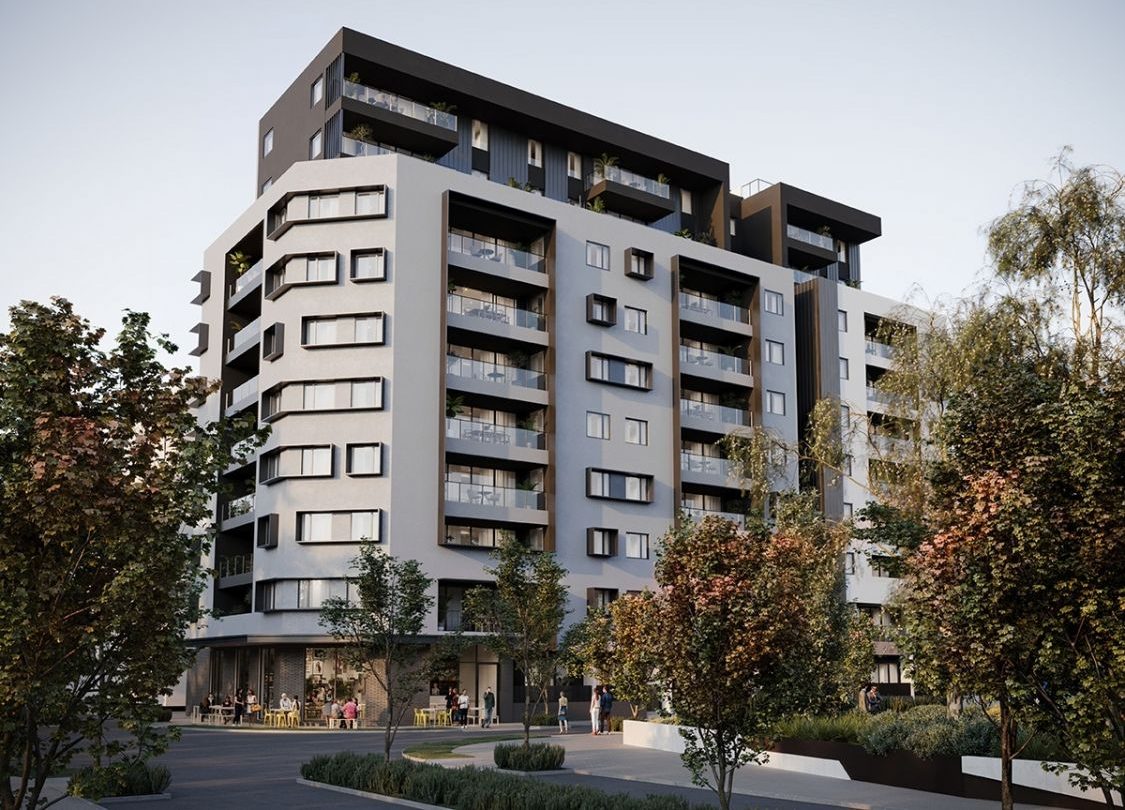 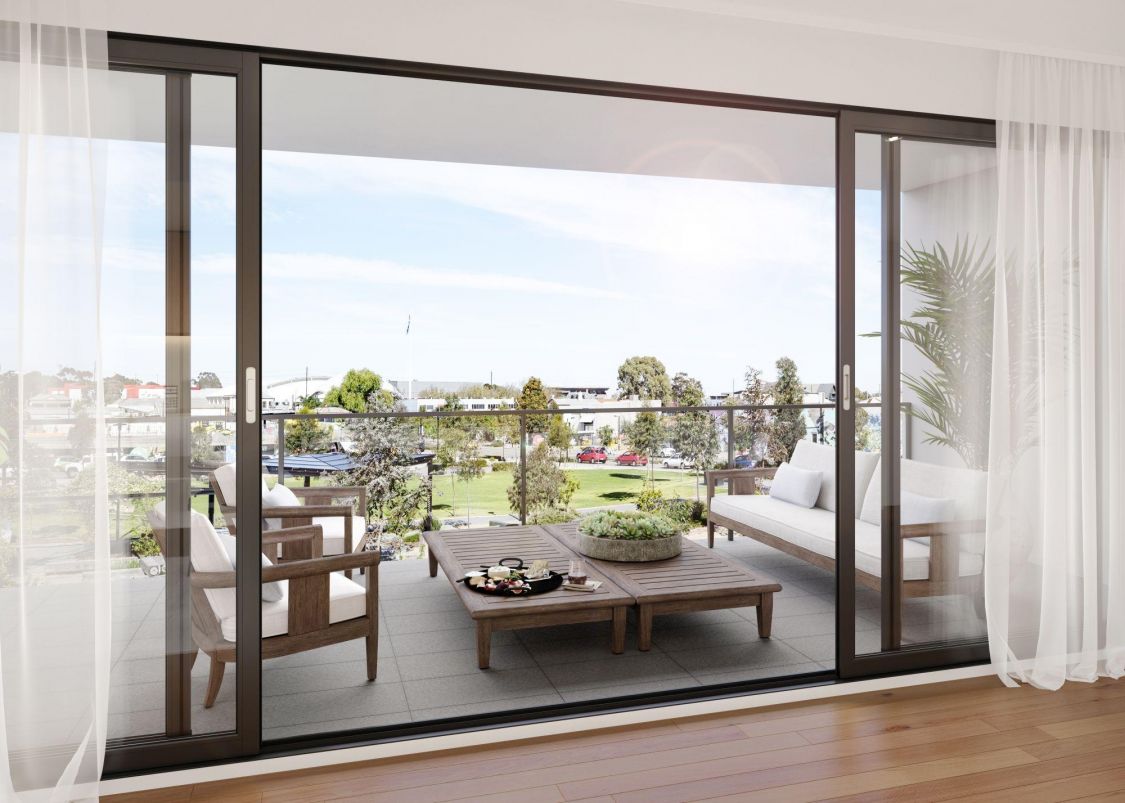 When Buildtec Group started the design process for 354 Bowden in 2016, Michael said resident comfort and amenity was top priority.

“The apartments across all five buildings have been designed for the Adelaide market – they are clever, incorporate sustainability and offer highly liveable layouts.”

The idea of having residents love where they live was also important.

“The design for On The Park East and On The Park, which was first penned in 2016, is fantastic for the price point. The colour scheme, which I chose myself, differs slightly to the architects’ intended colours but it’s modern and timeless with crisp whites and charcoals which stand the test of time. Add green foliage and a park in front – and it just looks lovely.”

354 Bowden was successfully assessed against nine different categories, including indoor environment materials, land use and ecology and innovation, and achieved its Five Star rating for ‘Australian excellence’.

“354 Bowden is very much in keeping with the intent of the whole Bowden Project – the buildings complement the area, it’s a smart design and it has the sustainability components Renewal SA wanted,” Michael said.

“For example, we chose established trees over small shrubs for 354 Bowden’s central courtyard for instant shade. We also planted greenery in front of our ground-level apartments, which face the street and the main courtyard, for added attractiveness and to create the desired cooling effect.”

Bowden has a Six Star Green Star Community Rating which represents ‘world leadership’ in planning, design and construction to create connected and affordable neighbourhoods which promote sustainability, wellbeing, safety and technological innovation. Buildtec Group realised how important connectivity in Bowden was before it purchased the land for 354 Bowden.

“When we first looked at buying the super site, the land’s proximity to the park and Plant Four were key reasons for purchasing it,” Michael said.

“It was a beautiful site and would never be built out because it fronts the park.”

Integration within 354 Bowden itself was also key to creating an enjoyable living experience for residents.

“The balconies are very generous for all the apartments. On The Park East and On The Park also have rooftop gardens so, not only do residents have their own private spaces, they have amazing eleventh floor gardens which they can use as well as the central courtyard.” 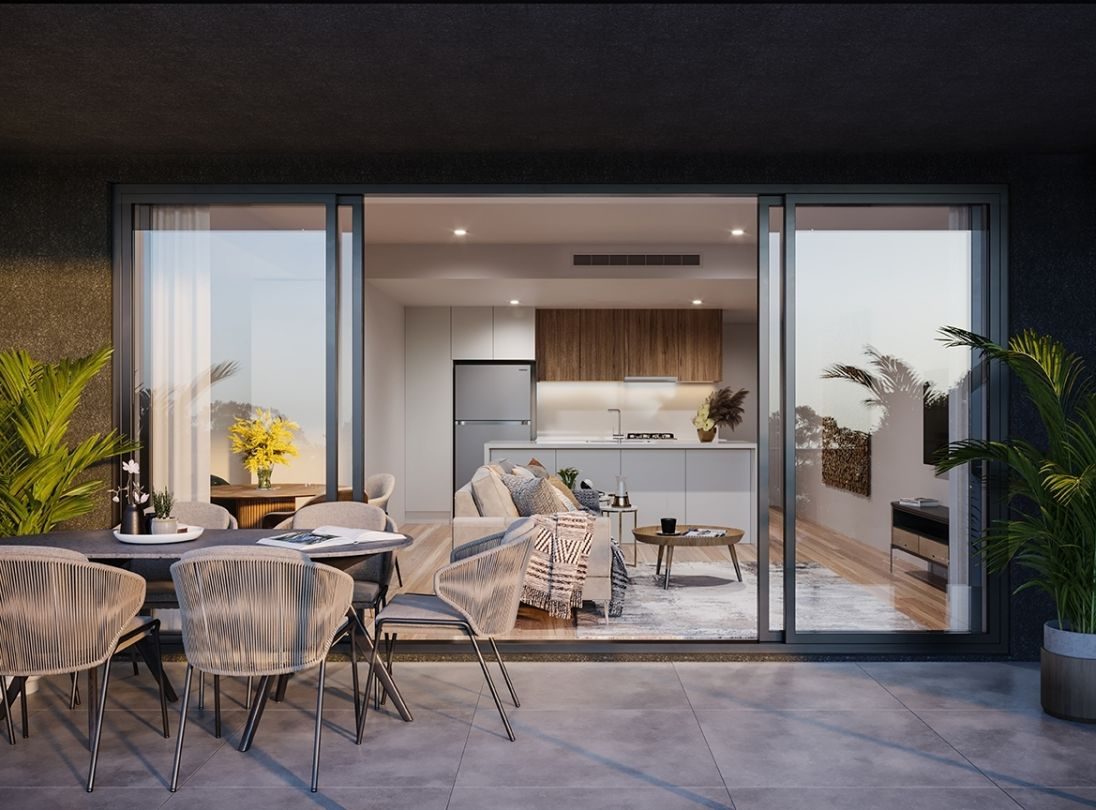 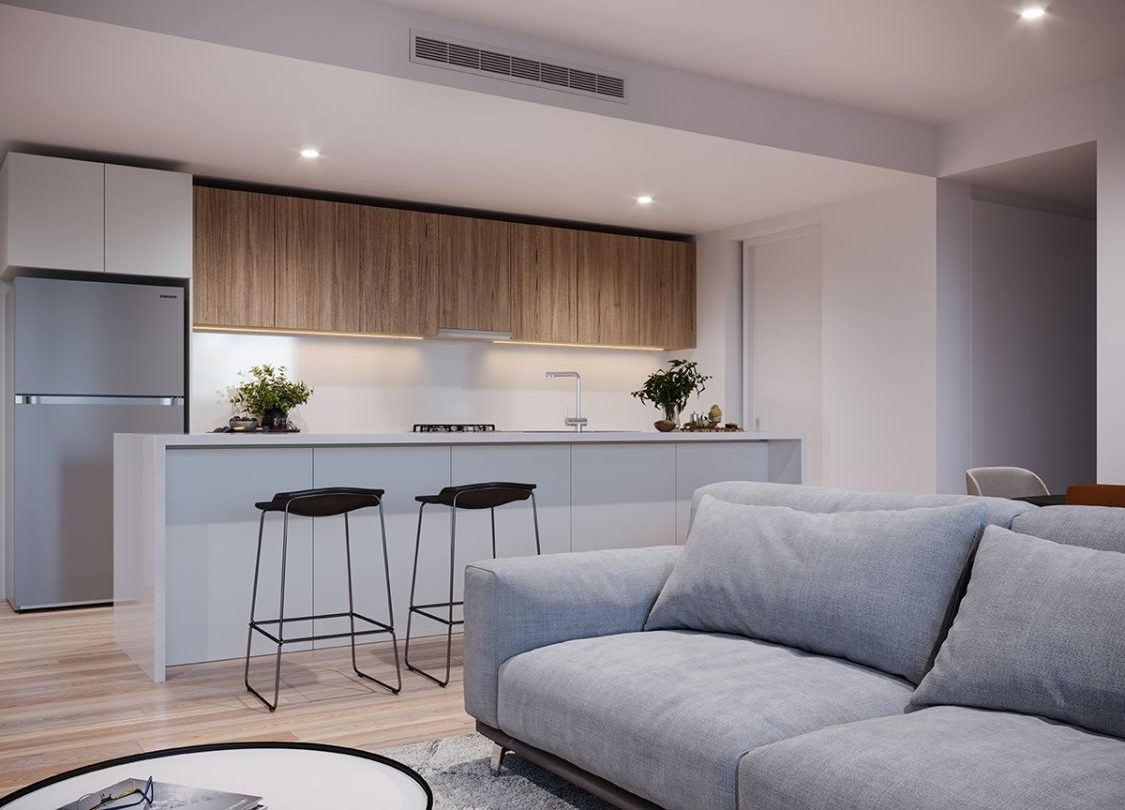 “The DRP was strict on the design outcomes to ensure 354 Bowden met the amenity, and connectivity, outlined in the Bowden Master Plan. Our design consisted of 236 apartments, as well as car parks, so it was complex. Parking was a sticking point and, to meet the DRP’s requirements, we built 10-thousand square metres of parking beneath the ground for 270 cars making 354 Bowden one of the largest underground car parks in Adelaide.” Michael said.

Maximising the penetration of natural light into 354 Bowden’s central courtyard, and minimising the overshadowing of Bowden Park, were other DRP requirements Buildtec Group successfully addressed. On Fourth was built with a sloping roof so sun can enter the courtyard in winter and a step was built into the 11-storey On The Park East and On The Park buildings to stop overshadowing.

“We wanted light to reach the park so, with On The Park East and On The Park, we built a big step into each building at level eight which proved a blessing in disguise. By adding the step, the level eight apartments have become suburban houses in the sky with 80sqm of interior living and 100sqm balconies outside is bigger than inside! We thought the step might look ugly but, when we did it, we realised we had this offering that was unlike anything that had been presented to the market – they are amazing residences.”

“People in Sydney and Melbourne have had 40 years to get used to high density living but it’s only just starting here. I don’t want to see apartment building after apartment building like in the eastern states but we only have 1.2m people here in Adelaide so, if we don’t ringfence the city, where does the country start and where does urban living end? We need more density within a one to twentykilometre radius of the CBD – it’s starting to increase on high streets like The Parade, Unley Road and Prospect Road and it’s good to see.

“The way land prices are going, people who want to be close to the city may not be able to afford land so they will need to look at apartments instead. We have to design and deliver more buildings, like 354 Bowden, that give buyers a good product that is well built, has a nice offering and is at the right price point.” 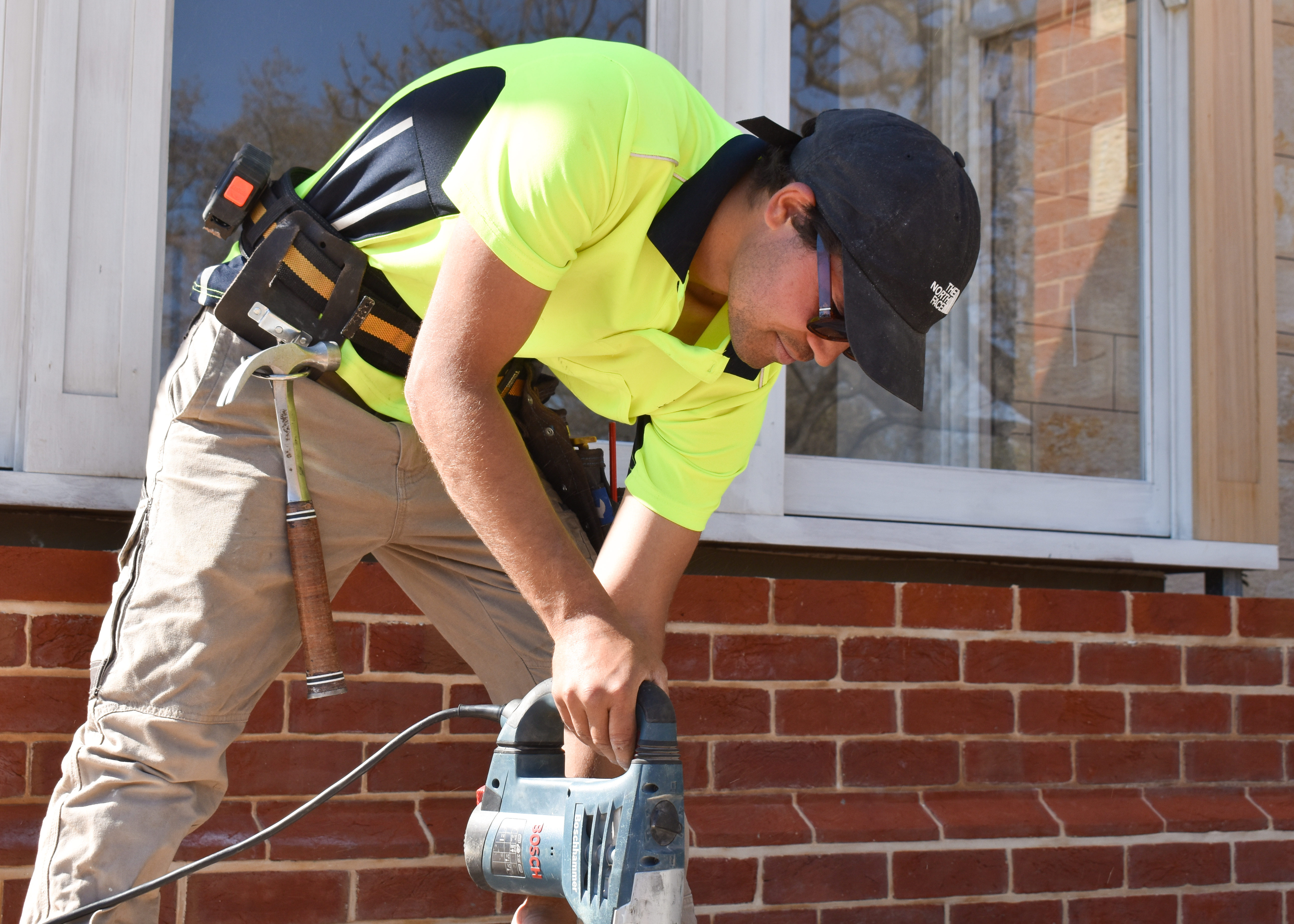 How does group training work? 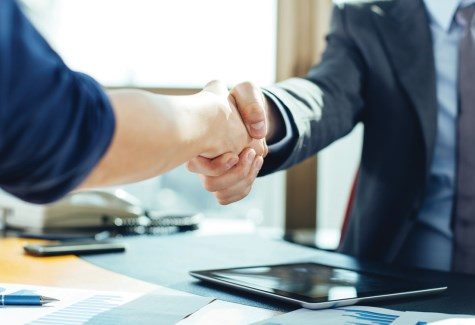 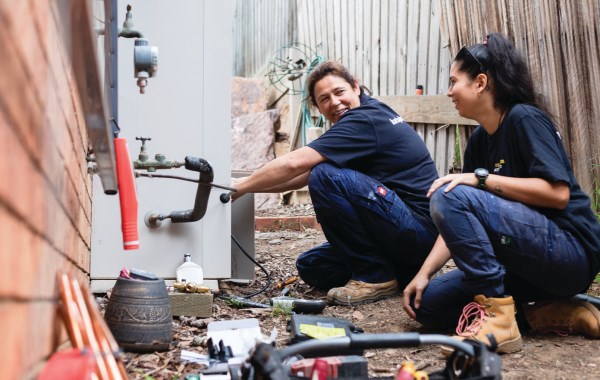 Super and the gender gap

Research shows that women tend to retire with...