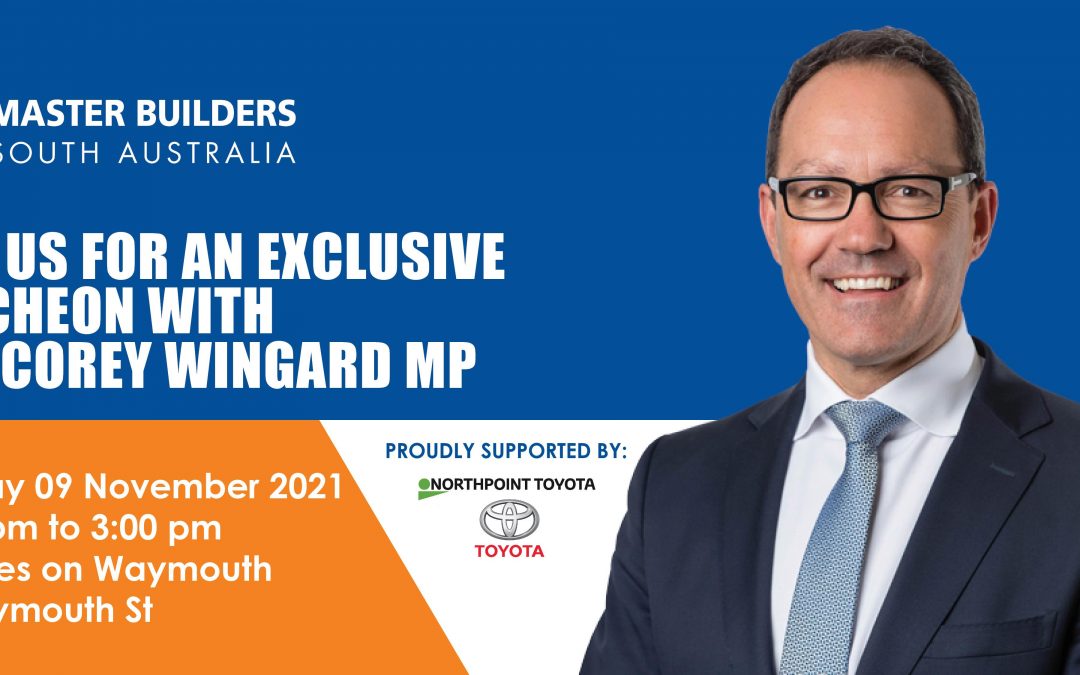 “Get the inside word on the government’s infrastructure plan for South Australia and hear the Minister’s views on the upcoming election.”

There will also be an opportunity to take part in a Q&A session.

Hon Corey Wingard MP was elected to the South Australian Parliament as the Member for Mitchell in March 2014. He was re-elected in 2018 to represent the new electorate of Gibson and was appointed as the Minister for Police, Emergency Services and Correctional Services, and Recreation, Sport and Racing in the Marshall Government.

In July 2020, he was appointed Minister for Infrastructure and Transport.

In January 2017 those roles were consolidated and Corey became the Shadow Minister for Industry, Sport, Recreation and Racing. Corey was born in South Australia and grew up in Oaklands Park and Brighton, suburbs that now form the Electorate of Gibson. He was educated at Brighton Secondary School and the University of South Australia.

Before entering politics, Corey worked as a broadcast journalist in local and interstate newsrooms.

He is passionate about sport, both on and off the field and is actively involved in numerous community groups in his electorate and the broader community.

Corey is married and has four children.

For more information about the event, please contact Johanna Herrera 0417 351 537 or events@mbasa.com.au