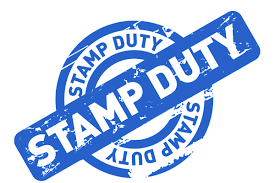 One of the key recommendations was a stamp duty exemption for first homebuyers on new builds up to the median house price, with a long-term view to complete abolition on new builds.

“Stamp duty distorts the supply and demand balance for new housing and is a major impediment to economic growth,” said Mr Markos.

“As housing costs have increased substantially in recent decades, the weight of stamp duty hasn’t come down at all. The amount of stamp duty is enormous now, about $20,000 on the current median house price of $470,000. For a first homebuyer, that’s a massive impost and possibly the difference between owning their own home or not.

“Our policies to improve affordability and protect jobs in the housing industry are based on what is proven to work under both Liberal and Labor governments interstate.

“In 2017/18 the number of first home buyer dwellings financed increased by 34.95% in Victoria and 73.60% in New South Wales compared to the previous year. South Australia recorded just an 11.52% increase.

“What do we want for South Australia’s economy? More jobs and more houses built, so what do we do? Tax both of them. It doesn’t make any sense. The independent Hudson Howells report shows that an exemption will increase jobs and Gross State Product and with net State Government financial gains. Even in the “Low Case Scenario”, a stamp duty exemption on new builds up to the median house price would deliver a Net State Government gain of $17.58 million.

“Eliminating stamp duty on new builds must be a top priority for this year’s State Budget. We have suffered 14 consecutive months of declining building approvals, and the latest industry forecast is for a decline in the value of work in each of the next four years. A stamp duty exemption is supported by other industry associations and is an essential policy if we are serious about protecting jobs in the housing industry, improving affordability and addressing the flow of young South Australians interstate.” 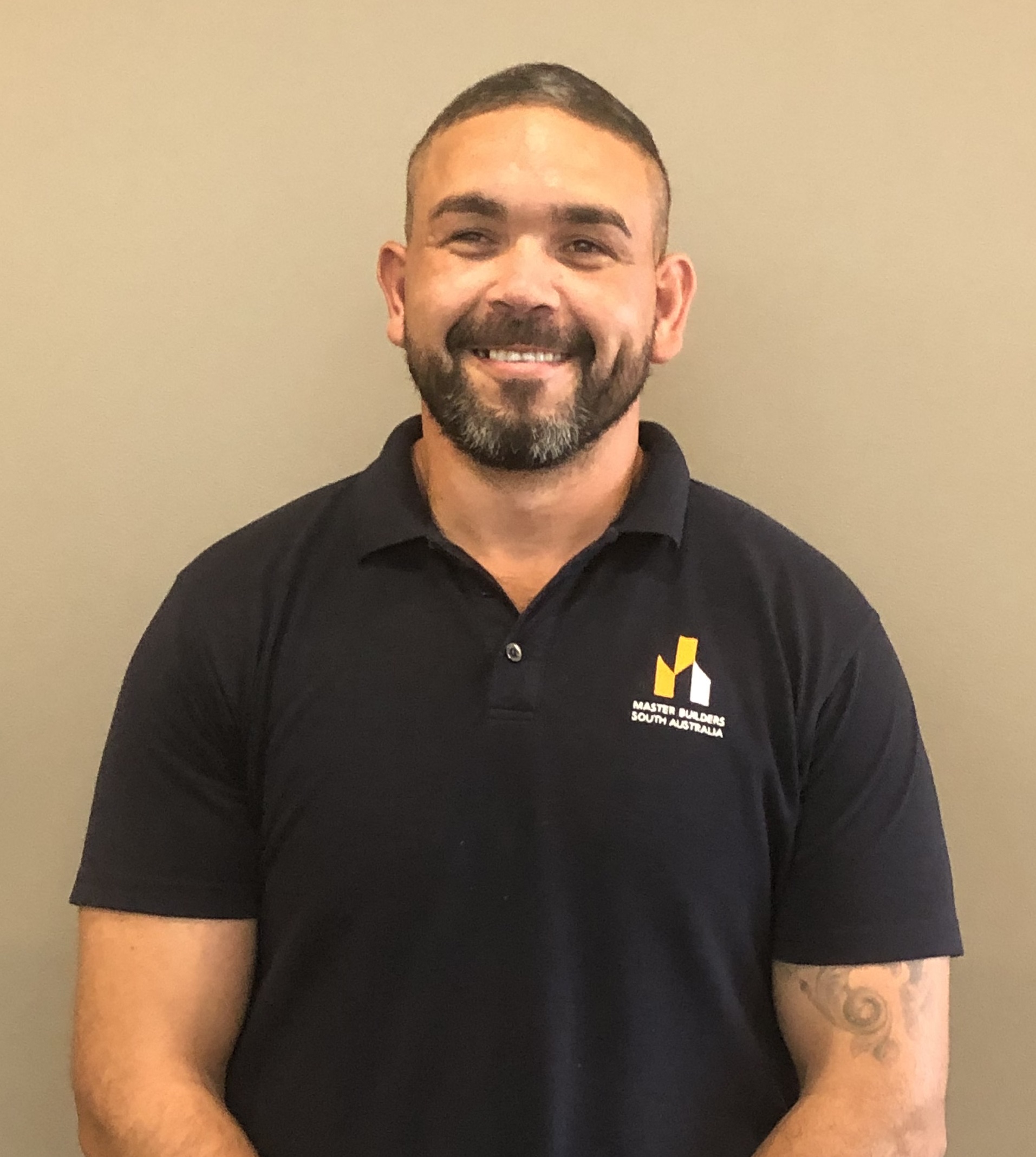 We are delighted to have Doug join the GTO team as a Field Coordinator. Doug brings with him a wealth of experience, he was previously a carpentry apprentice over in Broome, working in both the commercial and residential sector, before relocating to SA and taking on a variety of construction roles working with companies such as Lendlease and Baulderstone. Doug brings the experience on-site to the role and can relate to our apprentices. 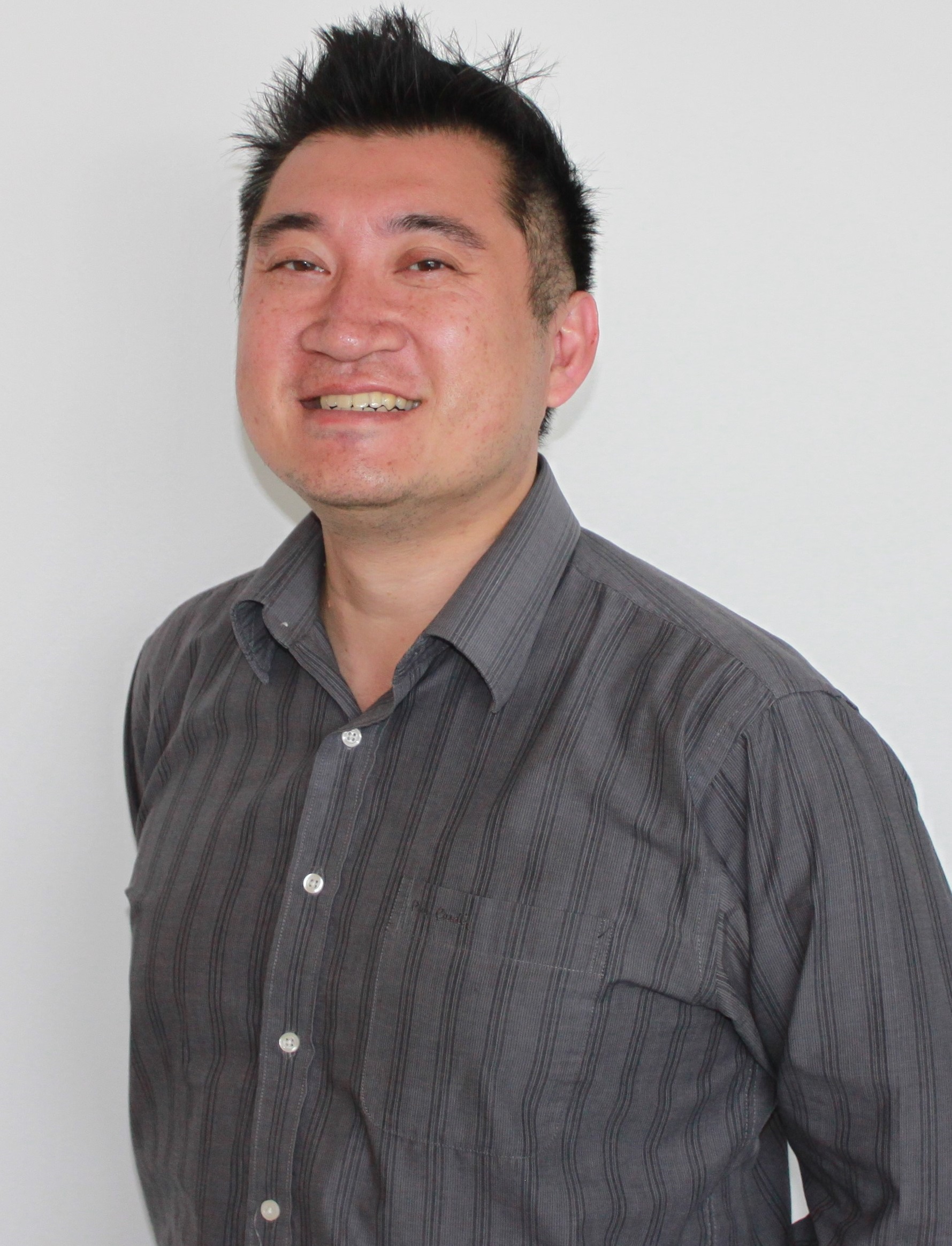 David has extensive finance and IT experience in the public and private sectors. He is a Board Member of the Building Industry Redundancy Scheme Trust (BIRST) and has also worked as an adviser to the State Treasurer. 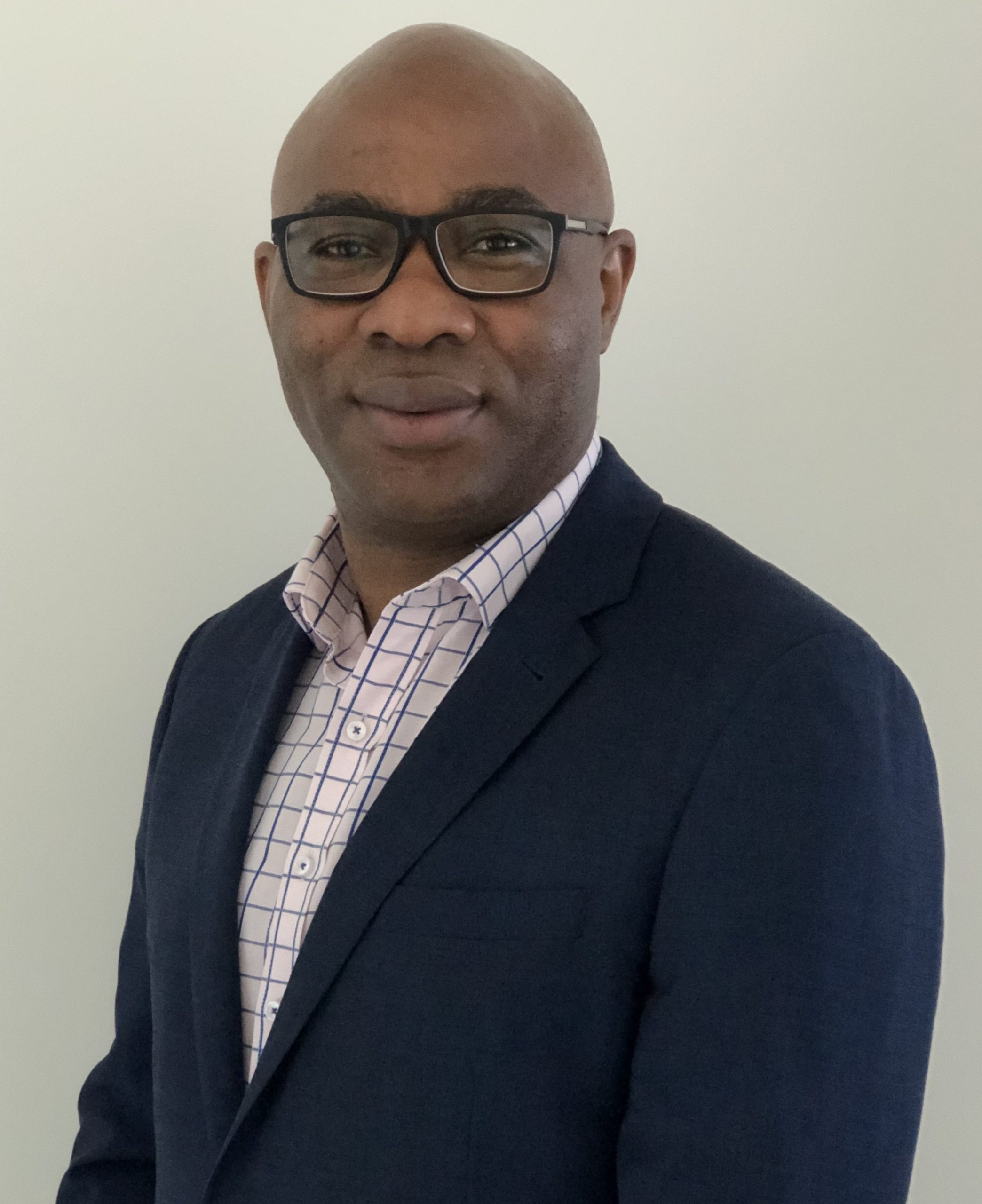 Fritz began his relationship with Master Builders SA Members in 2005 in a Marketing role and later as Member Services Manager.

He built strong working partnerships with members and other stakeholders in the process, until 2015 when he moved to manage a residential and commercial construction company.

Fritz is experienced and passionate in the specialised area of building and construction marketing. Product innovation and relationship management are also key areas of focus and strengths he exudes. He is committed to assisting with a broad range of marketing and product innovation advice with the purpose of business recovery and growth. 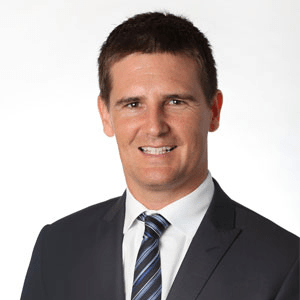 Will uses his experience and qualifications in journalism, finance, business and politics to develop high quality policy and media campaigns and strategies in order to work collaboratively with key stakeholders and deliver results for South Australia’s building and construction industry.

Will is a Board Member of the Building Industry Redundancy Scheme Trust (BIRST) and is Master Builders SA’s representative on a number of other important external bodies for the industry’s future including the State Government’s Industrial Relations Consultative Council, the Minister’s Liaison Group for Planning Reform, the Construction Industry Training Board Housing Sector Advisory Committee and the Construction and Other Industries Drug & Alcohol Program (COIDAP). 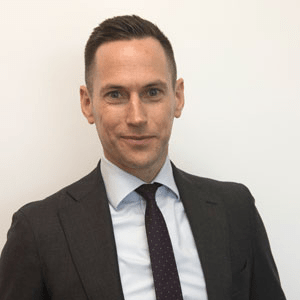 Sam was admitted to practise as a lawyer in March 2007.

Sam provides members of Master Builders SA with pragmatic workplace relations advice, and can represent members at conciliation conferences and in industrial tribunals.

Chris has been with the Master Builders membership team since 2015.
Prior to working at Master Builders, Chris worked in the construction industry with a residential builder and in tourism working in Japan, USA, South Africa and England.

Chris has a large amount of experience in account management, business support and customer service stretching over 15 years.

As a Member Service Advisor Chris is always going the extra mile to help his members with their enquiries and make sure they are pointed in the right direction. 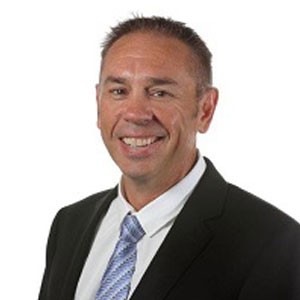 Ian has been the CEO of Master Builders since November 2015.

Prior to this appointment, Ian had worked with Master Builders SA for many years – as a Council member, a Committee member, and then as Policy Director and Deputy Chief Executive Officer.

Ian began working on building sites in his mid-teens. He has run his own business, worked internationally and lectured at UniSA. He has also been a national manager for a national commercial building company. He was a workplace inspector and Director for SafeWork SA for many years, with experience working across industry sectors, investigating some of the state’s most significant accidents and setting national technical standards.

Prior to joining Master Builders SA in 2018, Emma gained experience in the workers compensation industry providing expert case management services to a diverse range of businesses across SA. 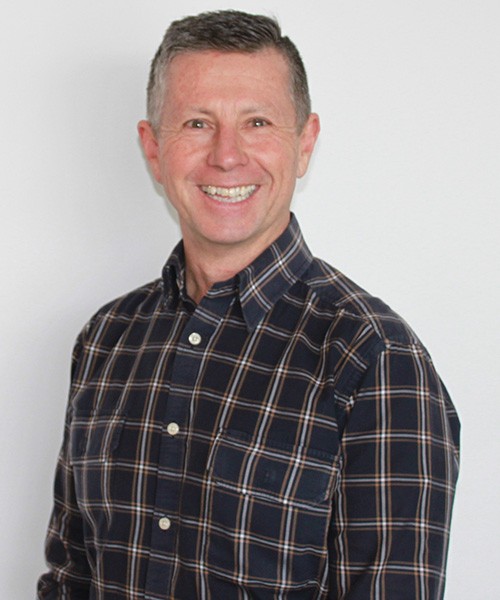 Mark has been working in the safety and environment arena for 25 years encompassing many challenges and career advancements during his journey across a diverse range of industries. Mark has a strong passion for creating great places to work and the recognition that workplaces need to place health and safety at the forefront.
Previously Mark was employed as a Safety Advisor with Lendlease Engineering assigned to the Gawler Rail Electrification Project.

A key responsibility for Mark was to foster Lendlease’s Injury and Incident Free vision and Global Minimal Requirements strategies. 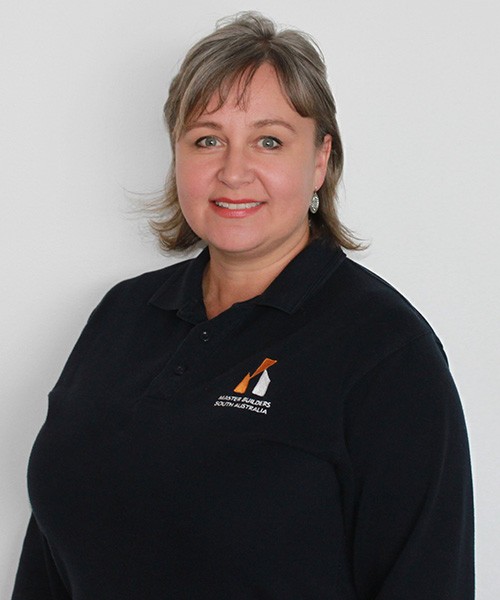 As a Membership Advisor I have a unique opportunity to get to know our consumers on a personal level and identify what needs they have and prioritise and delegate incoming enquiries which of our experts will be of most value to them, who can assist them to fully cover their needs.

Having diverse skills set from working across various industries Monika has had the opportunity to speak with people from many walks of life and strive to help people obtain what they require by simplifying the process and make it more manageable and realistic to achieve like how to obtain your Builders Licence and upgrade your license. 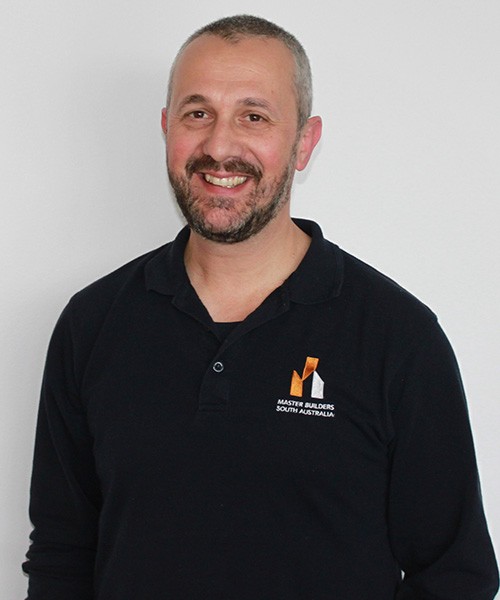 Mario is also very passionate and understanding of apprentice and trainee needs providing ongoing pastoral care and mentoring. His dedication to the Building Industry has been life long and looks forward in assisting the next generation of apprentices and trainees achieving their goals and ambitions. 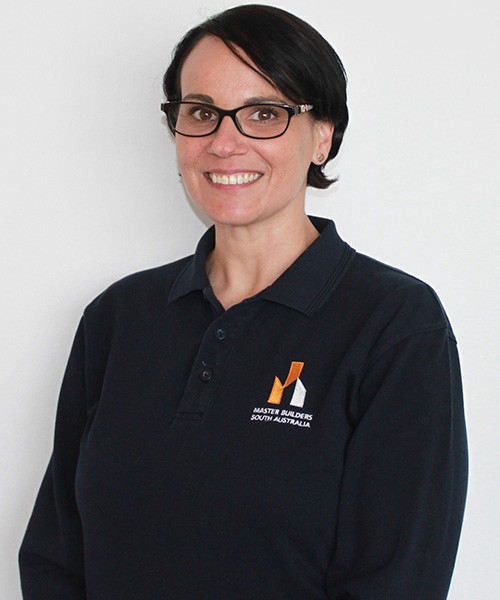 With over 20 years’ experience working in the Vocational Education and Training (VET) and apprenticeships training centres Lee-Ann loves working with young people to support their career paths. Lee-Ann’s role spans over both our Education and Group Training (Apprenticeship) teams.

Lee-Ann has extensive background in group training (GTO) having previously headed up the ATEC Apprenticeship Centre in its opening round and for the first ten years of its life as a GTO. Her involvement saw the ATEC GTO contract renewed annually for her ten years in tenure due to 100% successful audit rates. 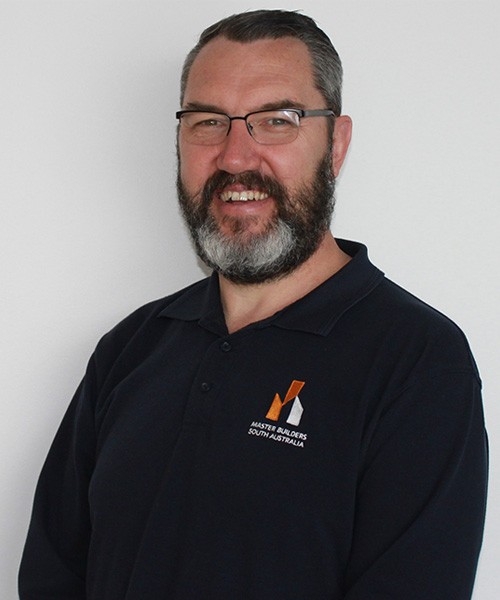 Gavin joined the membership team in December 2018.
He has over 20 years’ experience in Sales, Account Management and Business Development Management in the automotive industry.

Gavin has a passion for customer service and enjoys helping his clients achieve their goals. 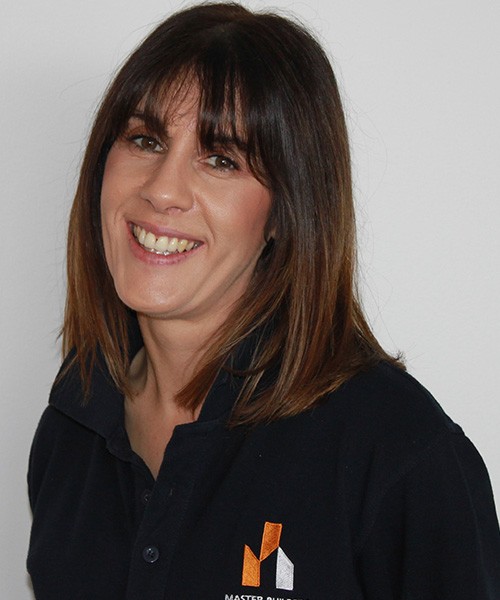 Rosemary joined the membership team in 2019.

Prior to joining Master Builders SA she worked within another membership organisation which she can bring to her members.

She has over 10 years’ experience in working with various RTO’s across South Australia, Government funded programs and small business startups.

Rosemary can share her knowledge, understanding, experiences with her members by empathising with them with their daily struggles of running a business coming from owing a family trade based business.

Rosemary prides herself on customer service and as a membership Service advisor she is very committed to helping members achieve their goals. 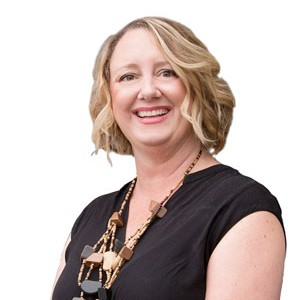 Marissa emigrated from the UK in August 2012 and started working for another membership organisation prior to joining Master Builders. Now in her 3rd year, Marissa can truly empathise with our members after running her own business and understanding the conflicting priorities and pressures that running a business can bring.

Through her knowledge and experience, she helps our members to navigate the demands of a small business utilising the services available at Master Builders. 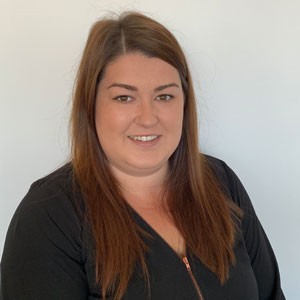 Samantha has extensive Case management experience within the Workers Compensation area in South Australia since 2007, including experience in the Self-Insurance area, in a range of different aspects. Sam has a proven ability to problem solve and investigate complex claims for determination on liability and ongoing entitlements, as well as continuing to manage and strategise complex claims.

Sam’s commitment to members of the Return To Work Scheme will provide members with excellent customer service that is out-come driven, friendly and highly professional.

Fill out the form below and our Return to Work Coordinator will be in touch. Alternatively call us on 0439 815 604 to speak to one of our team members.